By Brandy Thompson on November 10, 2018 in Child Welfare System 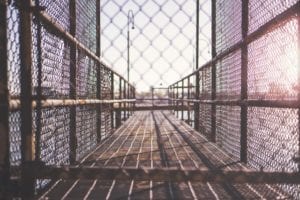 If the thought of children separated from their parents bothers you, consider CPS!

There has been a great deal of media coverage and social media dialogue over the last six months or so about the families being separated at the border. The stories of children being taken from their parents without just cause have been rampant, and heartbreaking pictures of children held in chain-link pens with nothing more than foil blankets and snacks, while they wait indefinitely to be reunited with their parents (or not!) are tragic.

The stories have been highly controversial!

Some people take the stance that children are innocent of wrongdoing when it comes to immigration concerns, and shouldn’t be penalized for their parent’s poor choices. Others say that people seeking asylum and help shouldn’t be viewed as criminals and have their children torn from them. Whatever side of the argument you happen to fall on, the truth of the matter is that being removed from your family is traumatic for children.

This problem is nothing new here in Michigan!

So with that in mind, we’d like to remind our readers that what caused this massive nationwide uproar in the first place – families being torn apart for dubious reasons – is one that we’ve been fighting against for decades! Child Protective Services here in Michigan (and in just about every other state in the nation) has been doing this exact thing – taking children away from their parents for undefined reasons – for almost 50 years!

The list of reasons why a CPS worker can remove a child from their parents care is unbelievably long. IT’s supposed to be only for the safety and protection of children, but in reality it can be for so many ridiculous reasons, it”l blow your mind! Everything from “your house isn’t clean enough” and “you’re too poor to pay your bills” all the way to “you don’t agree with a doctor about your child’s medical treatment” can serve as reasons!

CPS workers will take advantage of your fear and inexperience!

Many people have no idea what their rights are. They don’t know what they’re allowed to say and do during a CPS investigation, or what the law actually says about how much power a CPS worker has. (It’s not as much as they’d like you to think!) For this reason, we try very hard to make our readers aware of what CPS workers can and can’t do, so that they’re properly informed and can keep their families safe. However, often you need more than just information – you need legal help as well!

At The Kronzek Firm we’ve been doing this for decades!

Our skilled CPS defense attorneys have years and years of experience handling CPS cases. We’re familiar with all of their tactics, and can help protect you and your family from CPS violations of law. If not held accountable, CPS workers can strip you of your rights and bully you into complying with preposterous demands that aren’t even legal. So call 866 766 5245 right now and get the help you need form the people who can really make a difference!

I had Stephanie as my lawyer. She gave me the best possible representation for my case. She communicated with me very well through the whole process. She represent me well and made every possible effort to ensure the success of my case. I would highly recommend her as well as the whole Kronzek Firm.
Katherine on Facebook, 2017