By Brandy Thompson on November 9, 2016 in For Your Information 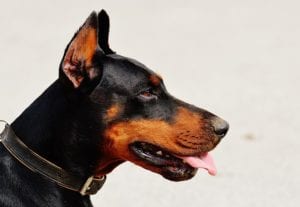 On October 23rd, tragedy struck at a home on W. Fish Lake Road in Sherman Township. A little girl was offering her newly adopted dog a treat. Suddenly the animal attacked her, completely unprovoked, and mauled her to death. Leaving her heartbroken family to wonder why, and the prosecutor’s office to determine if anyone was at fault.

According to media sources, 4-year-old Kiyana McNeal was holding out a treat for the dog, who sniffed it several times before launching himself at the little girl’s throat. Her horrified mother,  Jacey McNeal Wolkins, was injured trying to tear the dog away from her daughter’s body. The dog, a Doberman mix, had recently been adopted by the family, and was in the process of being trained.

A neighbor heard the screams, and someone calling her name, and she rushed next door to help. When she arrived, Kiyana’s mother and the dog’s previous owner, who was still there having just delivered the dog to the family, were performing CPR on the little girl. But it was too late. Although Kiyana was transported to a local hospital, she was pronounced dead within hours.

According to the YouCaring fundraising page set up to help the family in the aftermath of the attack, the attack happened with no warning and the dog had no history of harming anyone. The dog is said to have launched himself at the little girl as his previous owner was leaving their home. According to the previous owner, the dog has always been good with kids and has never bitten or attacked anyone before, so there was no way to expect what happened.

After the dust had settled, the police investigated the incident, trying to determine if there was anyone at fault. Anyone whose actions, or inactions, could have prevented what happened. Although we don’t know what the police report suggested at this time, we do know that the Prosecutor’s office has decided that there will be no charges brought.

County Prosecutor John McDonough made a statement recently that addressed the decision his office had made. “There is absolutely zero evidence to show that this dog had any aggressive tendencies whatsoever or that there was anything that the previous owner knew and did not disclose. If anything, this is an incident where a parent turned away for a short period of time, like all parents do and this horrific and tragic event occurred.”

This may seem like a strange story to cover on our CPS Defense blog. But the reason we chose to share it is because it provides a perfect example of the fact that sometimes heartbreakingly tragic events happen to children, and NO ONE is to blame. As a society, we are often very quick to point fingers, and shame the parents and caregivers of children who were harmed, or who lost their lives, in tragic accidents.

The Cincinnati Zoo incident, where a young boy fell into the gorilla enclosure and social media was immediately flooded with people accusing his mother of neglect, is an example of how extreme this can sometimes be. Accusations of abuse, neglect, poor parenting and failure to protect are easy to make when one doesn’t have all of the details. Public concern is raised. Police investigate. CPS investigates. And in the end, a family that is dealing with tragedy and loss is thrust under the microscope and dissected. As if they weren’t already struggling enough.

In this case, we are glad to see that the community has rallied around this family with kindness and support. Very few people have made comments about how the accident was “completely preventable”, or that the tragedy was the result of “poor parenting.” Hopefully they will remain a small minority.  Our thoughts and prayers are with Kiyana’s family during this difficult time.

I worked with both Josh Pease and Chuck Kronzek. Both were very professional and knowledgeable, offering very clear and personable explanations and expertly guiding me through some convoluted proceedings. Their help and facilitation was invaluable in getting things quickly resolved. I would highly recommend.
Anna on Google, 2018