By Brandy Thompson on July 27, 2016 in Child Welfare System 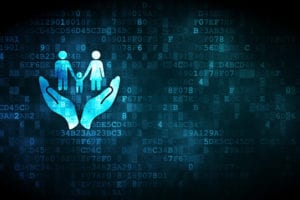 Does the use of predictive analytics in child welfare end up racially profiling families?

Although predictive analytics was originally made out to be a beneficial intervention when used in the criminal justice system, allowing agencies to reduce incarceration and create rehabilitation and support services to defendants in need, the truth was something else altogether. What actually took place, was none other than computerised racial profiling.

The reason for why this is so dangerous, is that the risk assessment that is generated by the use of predictive analytics every time someone is arrested, takes into account the color of their skin. And this factor, while not something that should matter when considering what kind of threat a person presents to society, definitively affects the result. For example, a black person convicted of a crime is often ranked as being at a higher risk of reoffending than a white person accused of exactly the same crime.

Terrifying as the implications are for the criminal justice justice system, it is equally scary to realize that this system is now also being used in child welfare to assess parents and families that are at a higher risk for future abuse. While it might sound smart to allow a dispassionate computer, unaffected by personal bias and racial tensions, to make those kinds of choices, it turns out that even software harbor the biases of those who program it. This is not just unfair, but also unconstitutional.

Professor Sonja Starr of the University of Michigan Law School has written about the disturbing trend in which predictive analytics are used to flag people as “high risk” or “low risk,” and has pointed out that factors which influence this outcome are usually closely affiliated with poverty. Which means that according to the risk assessment software, poor people are automatically a higher risk for both criminal behavior and, when it comes to child welfare, abuse and neglect.

Join us next time, when we will be continuing this difficult discussion, and looking at how predictive analytics are being used to label children and families considered to be “at risk”, and how this is nothing more than a form of computer generated racial profiling.

I was impressed with all the hard work that was put in to my case and the way Stephanie just would not give up, always kept me up to date with even the smallest details. From day one I knew I was in good hands. Thank you Stephanie Service, words can not express all you have done for me……
Steven on BirdEye, 2017